Every year at Christmas I have to relearn a lesson. Don’t get your expectations up high about the holidays, so then you won’t be disappointed if something isn’t “just right”. A retired teacher friend of mine taught that to me a few years ago. She used to be just like me. When she had a celebration she was looking forward to, and everybody was coming, she got excited. Then when it was over, she would feel that sense of “letdown”.  I always think this or that experience is going to be so awesome and wonderful, and it sometimes turns out to be kind of a dud.  Sometimes it is a family gathering. Sometimes it is a gift I’ve given somebody I think they will just freak out over! Sometimes it is something I’ve been given that just doesn’t “float my boat”. 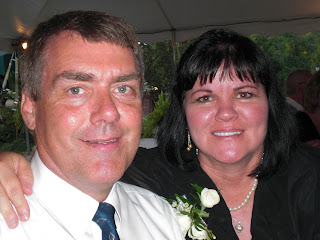 One year I remember buying my husband the first, small, personal computer Apple sold. It was
shaped like a vertical  rectangle prism. It was the first MacIntosh computer. I picked it out with the help of John’s electrical-engineer brother, Steve. He was at BYU working on his masters in the early 80s. They had a special deal on computers for grad students and he let me get in on it with him. To say we were both excited to see John’s face when he opened the gift is a real understatement. I personally thought about nothing else for weeks. You see, my husband has been a computer geek as long as I have known him. He could be the head of the Best Buy Geek Squad. He regularly reads 3 inch thick computer manuals full of some kind of weird  language.

But I did not know what a low key reaction he would have to our gift. He never gets high expectations
about gifts. He appreciates them, but the world does not revolve around them, if you know what I mean. His response when he ripped open the package was……wait for it……”NO REALLY?”   That’s it. That’s all we got.  A calm, quiet question. What a SUPREME LET DOWN!  My brother-in-law and I still chuckle about his reaction. We thought he was going to jump up on a table and break out into song or something!
Nope. He’s a guy who rarely gets ruffled. It is one of his best qualities actually.

﻿ A year and a half ago was our 30th wedding anniversary. (Hooray for us!) John wanted to buy me a new diamond ring to celebrate. I’ve always admired solitaires, something that would sit up taller than my wedding ring; and I thought I’d like a silver setting instead of gold. All my friends were getting anniversary rings too.

I looked off and on and shopped for 6 months. I didn’t know what I wanted. (I did not recognize that I really didn’t care that much). They all looked pretty to me. It is funny how when others around you have something new you think to yourself, wow, I think I might like one of those too!  But the funny thing is, I know myself. I’ve never been an expensive jewelry person. I’ve never gotten my nails done every 2 weeks. I don’t love traveling much. I’m just not that type of person. I’d rather spend my time  and my money having fun experiences at home with those I love, not just wearing something expensive or going someplace exotic.

I have a very good friend who is the opposite of me. She has to travel at least 3 times a year if not 5 or 6. She cruises every year, goes to Europe, Southern Utah regularly and is always planning a trip. It is one of those things she told her husband that makes her happy. She also gets new rings and jewelry a lot. She and I love to share our things in common: partying, entertaining, cooking, movies and going out to dinner. We have a lot of fun together.

But when I had the chance to spend a chunk of change on traveling or buying a timeshare to see the world in, or buying a cabin close to home,  I knew the thing that would give me the most pleasure. I’m kind of a homebody, so I knew the cabin would be well used by our family and it has given us a lot of joy. This is what I decided would mark our 30 years of marriage together. It’s been a super fun place to hang with family.

﻿I’ve always told my husband, “don’t buy me expensive stuff, I will probably just lose it”. I don’t care about fancy cars, I just want them to run and be comfortable. I don’t like really expensive restaurants. I just cringe when I look at the plate of food that is costing as much as cart full of groceries and the food just seems to dry up in my mouth; I can’t really enjoy it much.  I think it’s cuz I don’t appreciate expensive stuff. It’s just stuff to me. I never minded buying expensive instruments for my kids who played everything from violins, cellos, french horns and trumpets, AND pianos, to flutes and electric guitars. I felt those things had great value. (plus you could always sell them back for about the same price) 😀  I guess I’m just very practical.

So my spouse has learned, the hard way. I have lost myriads of nice watches next to pools. I’ve lost 3 cell phones he’s given me, leaving them in restaurants or having them stolen while I wasn’t really watching.  I think maybe I just don’t like having “stuff” attached to me, I want things simple, easy.

﻿﻿﻿﻿
﻿﻿﻿﻿So why did I think I’d like a new and expensive diamond ring? I don’t know. I think it was, you know, the thing that everybody was doing.  I watch a commercial, I think I need that thing…the truth is I have everything I need. But I found that when I made the final decision and got my ring ordered and picked it up, it did not make me happy. In fact, it was the opposite.

Surprisingly, I was disappointed in that ring. It was a big letdown for me. Kind of like the holidays can be sometimes, after all the buildup and the planning. It was a 1 3/4 carat princess cut with 2 rows of baguettes on each side.  It was everything I thought it would be, and it was nothing for the pleasure it gave me.  I decided to send it back. Luckily I had a good return policy.  I decided that I don’t need diamonds.  I just want a variety of jewelry, everyday stuff. I’m just an everyday kind of gal I guess.

﻿The other day I  found the perfect ring for me.  It is 2 carats of CZ but to me it looks really pretty.  I love how it looks all sparkly under lights. And the best part of all was the price I paid for it….$21.00 at Overstock.com. My husband just laughed and said if it starts to look dull, I could just go order another one. 🙂 I put the money in savings from my expensive diamond solitaire ring. So… If you want to see a picture of my new cheapie ring,  go here.

My husband (who appreciates quality stuff) just shakes his head at me. But I’m enjoying my cheap CZ sparkler. I think it is funny that it made me happier than a ring thousands of dollars more. I have learned a lesson about my own high expectations. If I mentally don’t put out these high hopes, then my hopes are not dashed….because they usually are out of proportion anyway. And I realize that I’m not one to appreciate really expensive or fine things. If I can get it at a reasonable deal, I appreciate “the deal” or “the hunt for the deal” much more than the actual product itself. That’s just  the way it is for me.

﻿﻿﻿﻿﻿ And I am a happier camper just appreciating all the great “stuff” I already have around me and the great people in my life. So many others are suffering and I have so much.  I’m going to keep my expectations on the down low and just enjoy the journey instead. 🙂 And if something serendipitous comes my way, that adds to the joy or fun, I’ll embrace it; but I am going to keep my goals and expectations simple and cultivate more gratitude this year.

I asked everyone at the Christmas dinner table, “So what are your New Year’s resolutions?” And my son-in-law said, “None. I don’t believe in them. I’ll make goals throughout the year but not just at New Years.”  What a good idea. Why become disappointed in ourselves when we fail once a year? That’s just
another way to feel a discouraging letdown! I’m going along with Gary instead.  I’ll sprinkle little goals throughout the year in 2011.

I have a friend whose husband is going to jail this week  for a crime he was unaware he was committing in an internet mail order business. I feel so sad for her family to lose their dad for a year. I have a former colleague who lost her husband 2 days after Christmas. She had just retired from teaching last year! I feel such a sadness for her knowing what she will be going through this year. It makes the “small worries” of life just fall away when the large tests of life loom over friends of mine. So this year I’m not going to sweat the small stuff or get my knickers in a twist. I’m just going to be content…. and enjoy…. and most of all appreciate my life, my freedoms, and my family. These are the greatest things anyway! Have a happy 2011!